The Central American region is comprised of seven countries: Belize, Guatemala, El Salvador, Honduras, Nicaragua, Costa Rica and Panama. The estimated combined population size of the region, in 2018, was 47.4 million people; and its combined Gross Domestic Product (GDP) for the same year was US$268 billion. The country with the highest GDP in the region was Guatemala – US$78.5 billion and the country with the lowest GDP was Belize – US$1.8 billion [1]. 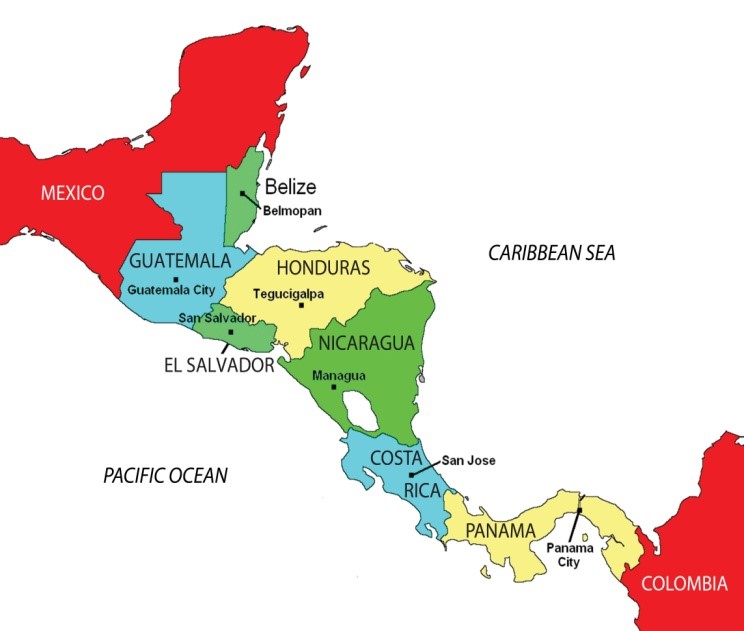 The United States has historically been the main recipient of Central American exports. This relationship was strengthened with the signing of the CAFTA-DR free trade agreement in 2005. Its second largest market is the European Union accounting for 15% of its exports in 2019. However, the region itself still remains as one of Central America’s most important market. Total intra-regional exports and imports in 2019 accounted for US$9.86 billion and US$10.30 billion respectively.

The total value of Central American exports in 2019 was US$31.87 billion of which US$9.86 billion was destined for the intra-regional market and US$22.01 billion corresponded to extra regional exports. The region’s top three export partners were the USA, European Union, and Central America itself.

Intra-regional Exports by Country (2019- US$ Millions):

Extra-regional Exports by Country (2019- US$ Millions):

The total value of Central American imports in 2019 was US$72.74 billion of which US$10.30 billion was destined for the intra-regional market and US$62.43 billion corresponded to extra regional imports. The region’s top three import partners were the USA, Central America, and China.

Intra-regional Imports by Country (2019- US$ Millions):

Extra-regional Imports by Country (2019- US$ Millions):

Extra-regional imports were led by petroleum or bituminous mineral oils (14.8%); Passenger cars for passenger transport (3.7%); Medicaments consisting of mixed or unmixed products (3.5%); Cell phones and wireless networking equipment (3.1%); Vehicles for freight transport (1.6%); Corn (1.5%); and Food preparations (1%). Among the top extra-regionally imported products is corn, at a value of US$949.9 million for 2019. 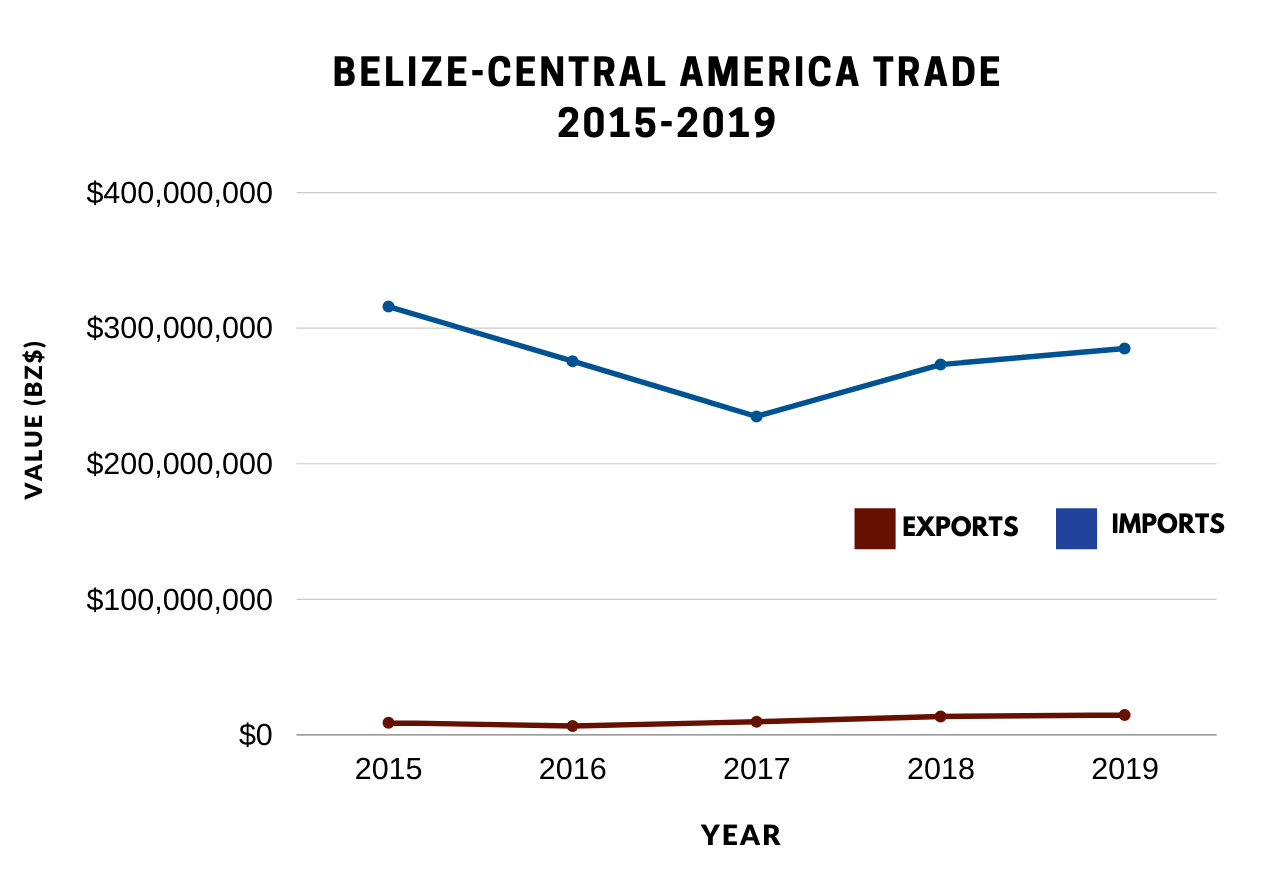 Guatemala is Belize’s largest trading partner in Central America.  As shown in the chart below, in 2019, Guatemala accounted for the largest percentage of Belize’s import trade from Central America, followed by Panama. 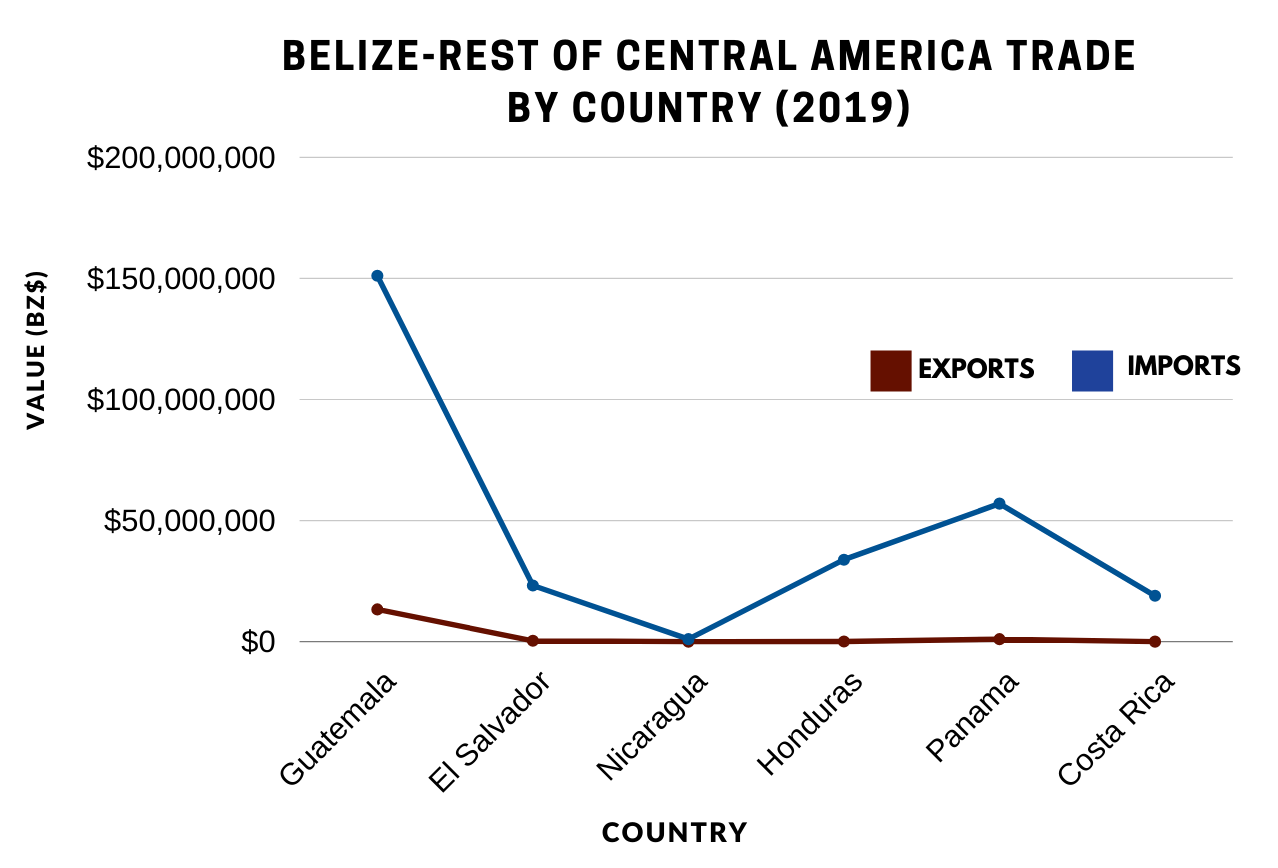 Guatemala being Belize’s largest trading partner is mostly as a result of the land border shared between both countries making both markets relatively accessible. An additional factor is the fact that Belize has established a Partial Scope Agreement (PSA) with Guatemala which allows for the importation and exportation of a limited set of goods agreed upon at a lower or duty free rate. The PSA currently provides for seventy two (72) Belize originating product lines to receive preferential treatment from Guatemala and seventy eight (78) Guatemala originating product lines to receive preferential treatment from Belize. Belize’s annual average exports to Guatemala from 2015-2019 was over BZ$9.6 million.

Currently, Belize is interested in increasing the level of formal trade under the PSA so that the full benefits of the Agreement can be realized for both countries. Therefore, efforts are being directed towards: (1) resolving trade facilitation issues that impacts trade between both Parties and (2) possibly expanding the list of products eligible for tariff concessions under the PSA. 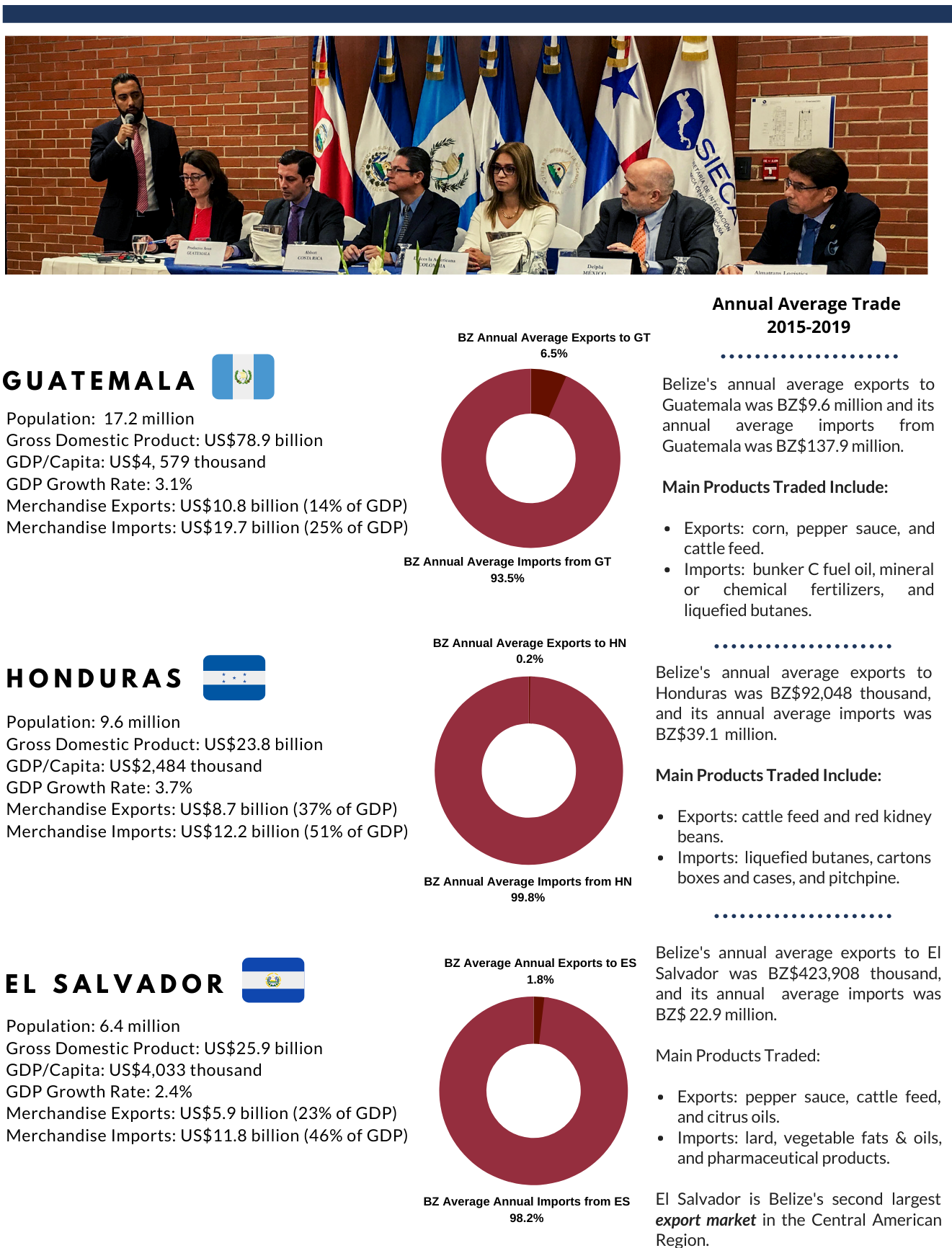 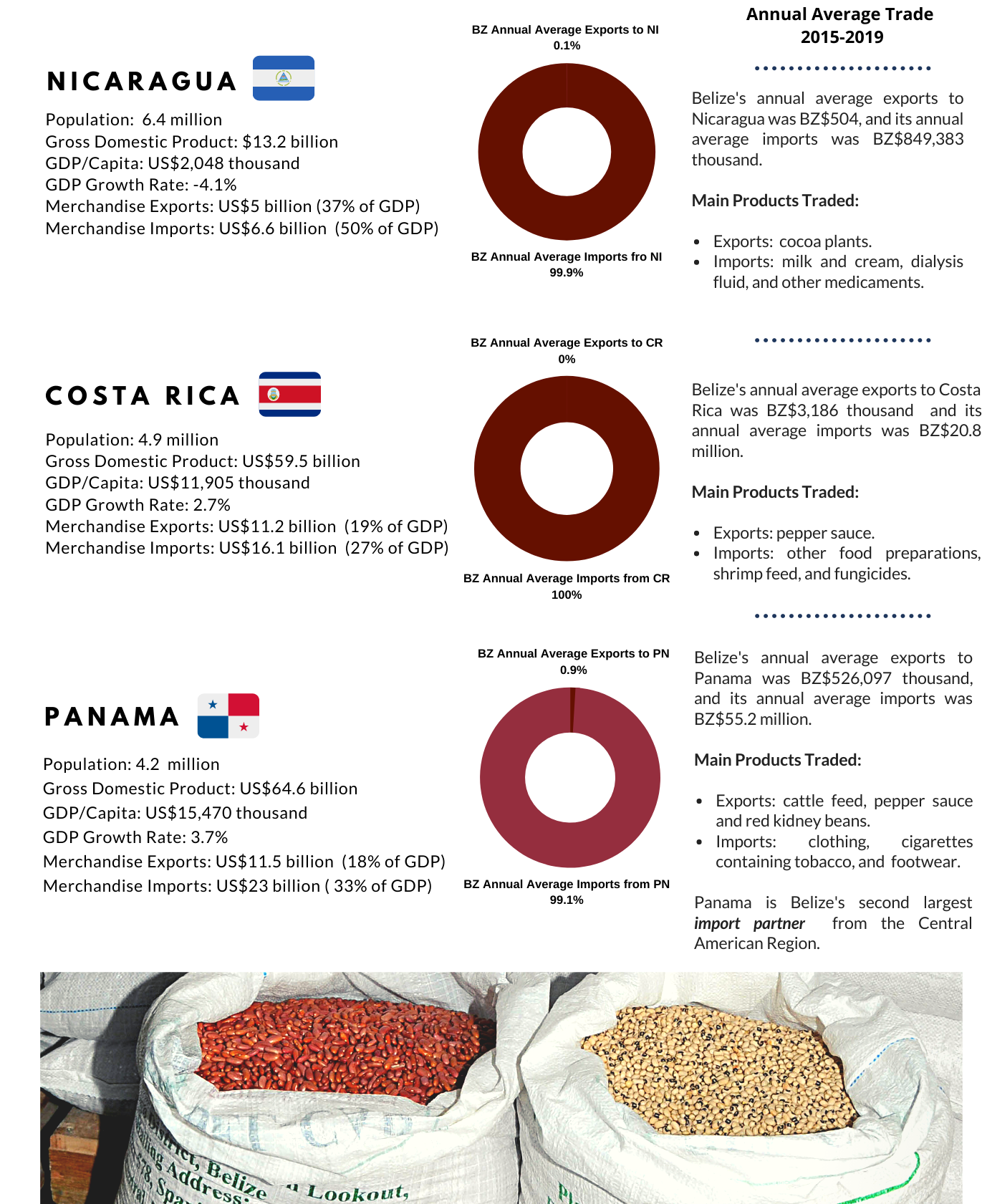 [1] The World Bank- Extracted from https://data.worldbank.org/indicator/NY.GDP.MKTP.CD?locations=ZJ

To foster sustainable and inclusive economic development through a responsive trade policy that stimulates trade, enables investment and facilitates Belize’s integration into the multilateral trading system.