A Brave New (Digital) World: The Power of E-Government 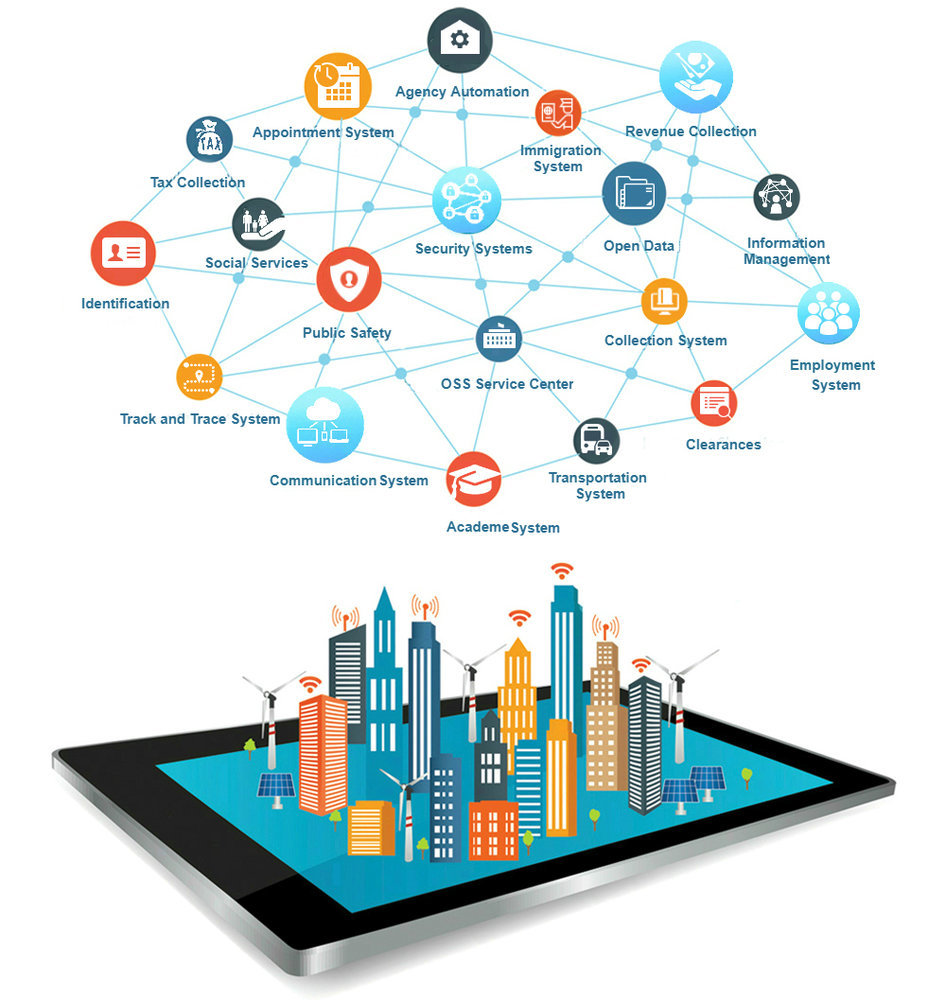 Long lines, spaces overcrowded with storage boxes, slow service, costly transactions and paper work that somehow endlessly seems to get lost…these are just some of the many problems currently faced when trying to access a public service. We have all been there.  If only there was a solution… a solution that would reduce the need to stand in a queue in a congested government office to submit paper work in order to access a basic service such as renewing your driver’s license.  As a matter of fact, the solution already exists in countries around the world – Electronic Government!!

E-Government is the new and ambitious way of utilizing Information and Communication Technology (ICT) to bring governments closer to the people through major improvements in the delivery of services. Basic services – application for birth certificates, permits and licenses, passports and visas, the filing for payments and refund of taxes, and so on – can be automated and delivered through secure, efficient and cost-effective online portals, digitizing Belize, a nation which currently boasts nation-wide fibre optic connectivity for high-speed broadband internet. Many nations, especially the Republic of Estonia being the model in e-Government, are making strides in their efforts to utilize the power of e-Government to drive economic and social transformation by transforming themselves into a digital society. These success stories have proven that e-Government can help governments achieve improved efficiencies and reductions in processes and costs in the delivery of services. By transforming themselves into a digital society, these nations have experienced an exponential growth in GDP, improved data sharing and communication and greater transparency through better formalization of business activity, increased productivity and participation by the people. If this is clearly the way towards economic and social development, then what is the Government of Belize doing to harness the power of e-Government to transform our paper-based society towards a new and efficient digital society?

The Government of Belize through the Central Information Technology Office (CITO) has already begun transforming our society through international partnerships, policies and projects aimed at leveraging the power of ICT to improve efficiencies across various public services. In fact, the Government of Belize has partnered with the Government of the Republic of China (Taiwan) through a bilateral agreement to promote cooperation in the area of Information and Communication Technology (ICT). Other key foundational initiatives include the design of a National E-Government Policy, Strategy and Plan of Action, and the current development of an e-Government Road Map aimed to guide us towards an e-Government platform in Belize.

While strides have been made in setting the framework for e-Government, it is safe to say that public administrations still face challenges in accessing the technology and expertise to convert its inefficient paper-based services to e-services. The Belize Companies and Corporate Affairs Registry is a prime example, which has resulted in a very inefficient and challenging first interaction between business owners and government for the registration of a business. Often times this poor service delivery determines the willingness of private sector to formalize. The Economic Development Council (EDC), through its secretariat, the Public-Private Desk, in partnership with the Compete Caribbean Partnership Facility II and the Inter-American Development Bank has led the way in leveraging ICT as a means to re-engineer and digitize the business registration process to achieve improved efficiencies through the reduction of processes and time, making registering your business easier and quicker than ever before.

Other government initiatives include the amalgamation of the Income and Business Tax Departments to the newly improved Belize Tax Service and automation of operational processes being led by the Ministry of Finance and the launch of an improved user-friendly website by the Ministry of Natural Resources, allowing for improved communication and enhanced efficiency and responsiveness in the delivery of their services. In addition, a number of upcoming projects including the full roll out of Microsoft Office 365, implementation of the Belize Motor Vehicle Service Platform and the e-Portal will ensure that the public sector is up to date with the pace of technological developments. Ultimately, these projects will facilitate the transformation of public administration, thereby making it easier for end-users.

Written by the Public-Private Desk in the Office of the Prime Minister. Technical Secretariat to the Economic Development Council.