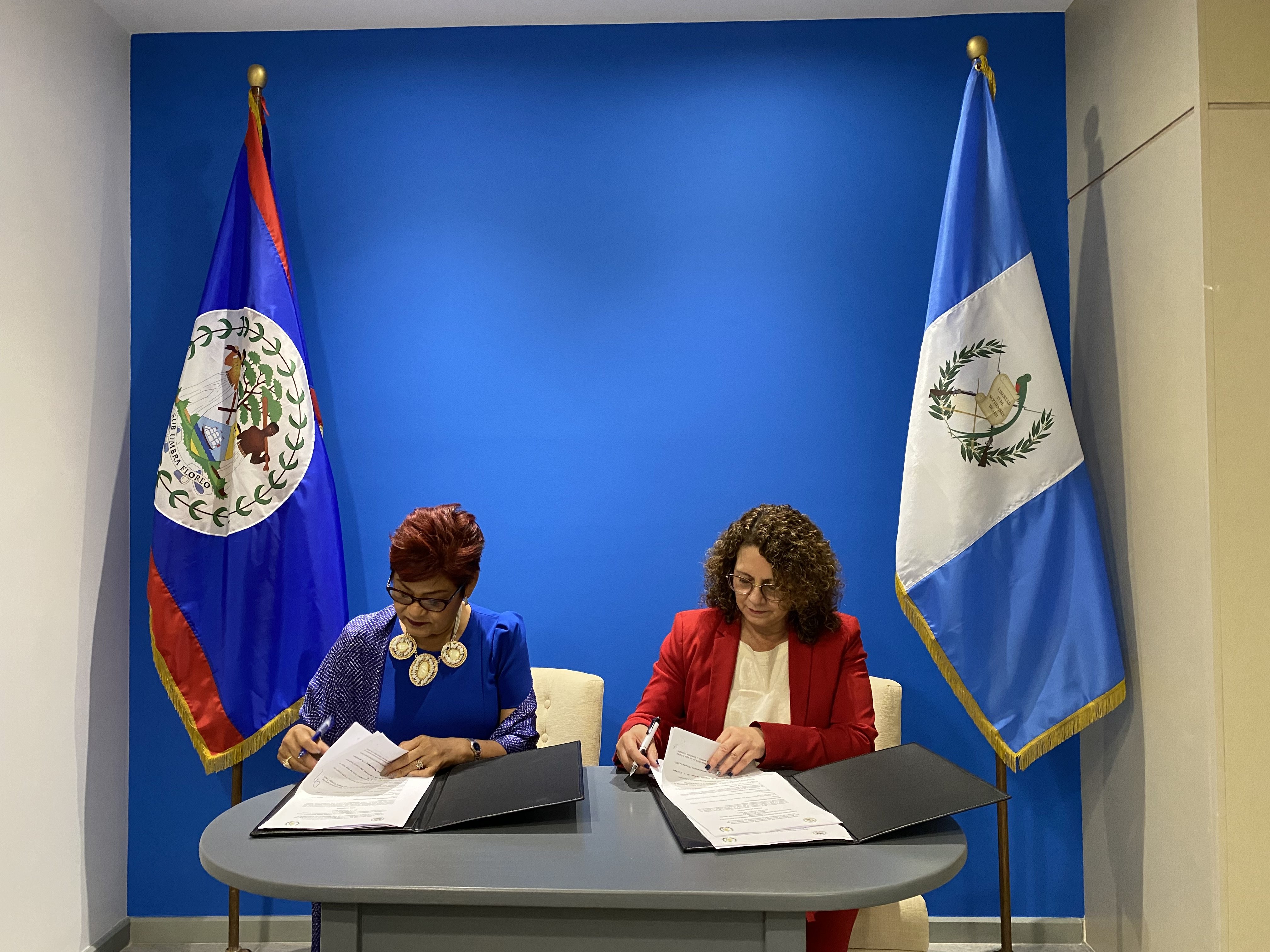 Chief Executive Officer of Foreign Affairs and Foreign Trade, Ambassador Amalia Mai led Belize’s delegation for two days at the Third Meeting of the Administrative Commission under the Partial Scope Agreement (PSA) between the Government of Belize and the Government of the Republic of Guatemala at the Leigh Richardson Building on 12 -13 August, 2021 in Belmopan. The Government of the Republic of Guatemala was represented by Alba Edith Flores Ponce de Molina, Vice Minister of Integration and Foreign Trade.

Official Remarks were made by Ambassador Amalia Mai and her counterpart Vice-Minister Alba Edith Flores Ponce de Molina. Hon. Eamon Courtenay, Minister of Foreign Affairs, Foreign Trade and Immigration delivered the keynote address. He expressed the urgency to reconvene the work of the Administrative Commission and asserted that the private sector in both countries is ready to trade and invest, and more importantly, that the function of the administrative commission is to lay out the framework for formal trade to occur. He also stressed that the objective of the Administrative Commission is to identify quick and practical solutions to facilitate trade and to expand the PSA. Both countries are committed to working towards mutual economic growth and development through the strengthening of the relationship between the two countries.

The 3rd Administrative Commission covered a number of issues including food and plant safety, customs and trade facilitation matters, review of existing agriculture quotas, the use of updated tariff codes, land transportation for goods into Guatemala and payment facilitation. Both countries agreed to convene meetings of all trade facilitation committees established under the Agreement within thirty days to commence work on the outstanding issues. The Commission also agreed to pursue an expansion of the list of products covered by the Agreement and exchanged lists indicating new products of interest.
Ambassador Amalia Mai was supported by senior officials from the Directorate General for Foreign Trade; the Attorney General’s Ministry; the Belize Customs & Excise Department; the Belize Agricultural Health Authority; the Belize Bureau of Standards; Department of Transport Ministry of Agriculture and representatives from the private sector.