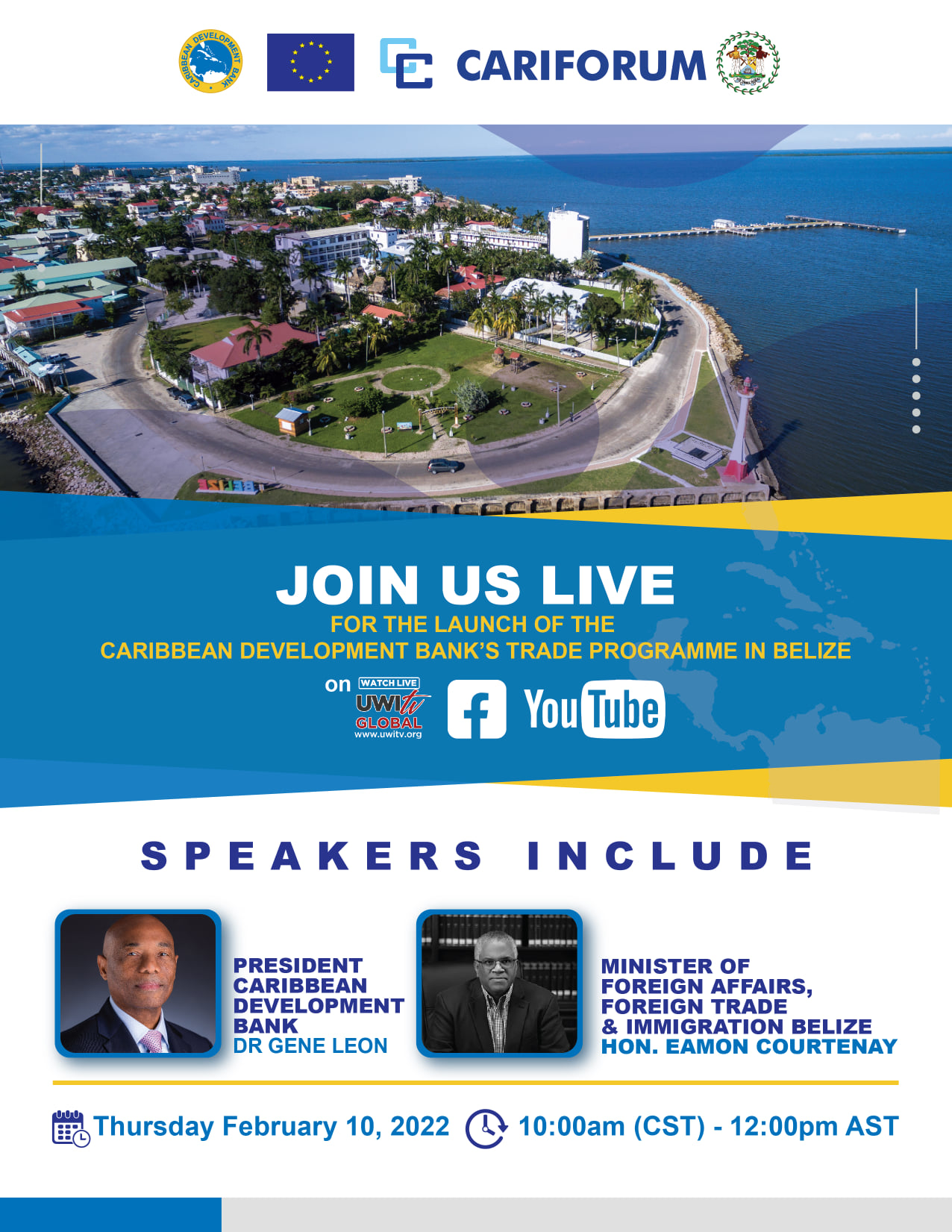 The projects, provided through grant funding to the tune of US$1.5 million, seek to assist and enhance the capacity of the government’s trade interfacing agencies such as the Customs and Excise Department, Belize Bureau of Standards, and Belize Agricultural Health Authority to improve trade facilitation in Belize. These projects will contribute to building the    resilience of the economy by improving service delivery, lowering trade costs and reducing processing time. Notably, the private sector also benefits from the trade program with the Toledo Cacao Growers Association receiving the bulk of the financing.

In his keynote address, Minister Courtenay reiterated the Government of Belize’s firm commitment to enhancing the competitiveness of the economy, recognizing that trade will play a significant role. CDB President Dr. Leon noted that the bank was increasing the prominence of trade related initiatives, recognizing its role in supporting development and reducing poverty.