The real estate industry has also been a key sector for the Belizean economy, being a major earner of foreign direct investment (FDI) and a driving force in construction and development across Belize. During the early 1990s, land sales soared in Belize with purchases from Taiwanese buyers. This did not displace the purchasing power of American buyers, who have always been involved in Belize’s real estate. By the mid-1990s, US buyers were the largest group of foreign investors purchasing land, homes, and eventually condos on Ambergris Caye. By the late 1990’s, the sale of condos started taking off with new development plans on Northern Ambergris Caye. Island sales continued to increase up to 2005, but by 2007 overall sales began declining and sunk to lows seen in the early nineties. By 2010, sales began rising again as Belize’s real estate rebounded relatively quickly in tandem with the stabilization of the US economy. One factor that kept the industry afloat during the recession of 2008-2009 was the ability of the Canadian economy to weather the recession and attain a higher value for its currency. Canadian buyers became the largest market and source of FDI during that low period of 2008 – 2010, keeping local projects and sales afloat. The Canadian market has remained strong and is growing with newly established direct flights from Canada to Belize. New buyers and investors from Mexico and Central America have also been investing in Belize’s real estate over the last few years and growing.

To develop a collective voice, the Association of Real Estate Brokers of Belize (AREBB) was established in 2006. The association is made up of real estate brokers and agents, bankers, lawyers, developers, architects, and other relevant professionals. The objective of the Association is to create sustainable real estate businesses in Belize and raise the standards of the business in Belize. The Association started with 25 members and has now grown to 85 members. The real estate industry is estimated to generate on average between BZ $200 million to BZ $250 million a year with an estimated 150 to 200 practicing real estate agents and brokers. The Association’s membership has been able to grow due to the following: lobbying efforts with the Government of Belize with the assistance of the Belize Coalition of Service Providers (BCSP), educating members on the regulatory environment, networking with top national and international companies, and now accessing training, certification and other resources for professionals in the industry. The next step is getting the long awaited Real Estate Bill enacted, allowing for licensing and a commission governing real estate practitioners in Belize.

In 2008, AREBB signed a cooperation agreement with the National Association of Realtors (NAR) – the real estate association in the United States and the largest of its kind in the world. This cooperation agreement, which was renewed in February 2018, will allow for more opportunities for members of AREBB, training and advice on regulatory matters. From the 14th -19th May 2018, the President of the Real Estate Association will attend the REALTORS Legislative & Trade Expo meeting in Washington D.C. This meeting is an opportunity to reconnect and meet other leaders in the industry and share global perspectives. Houston has recently been nominated as Belize’s sister city which will work closely with AREBB in Belize to further provide technical assistance.

AREBB is actively involved with the Government of Belize in the development of the Real Estate Bill, with the last review cycle coming as recent as 2016. The association is actively pursuing the enactment of this bill as it will provide for a regulatory body; strengthen partnerships between the department of Immigration and Labour to determine eligibility of persons operating real estate businesses in Belize, and develop mechanisms to better work with legislative bodies and policy makers in creating and fostering better systems allowing for better revenue streams in the country and also penalize malpractice.

The industry had some success over the years and national policies have influenced its growth. In 2006, the membership was instrumental in negotiating the lowering of stamp duty on the transfer of land from 15% to 5%. Government went further and only charged 5% on the value of the land above BZ $20,000. This had a positive effect on the sale of land with rapid growth seen across the country and new destinations such as Placencia began to flourish. In June 2017, the House of Representatives introduced a bill to increase the stamp duty transfer tax from 5% to 8% on all foreign purchased properties in Belize, with an exemption on the first BZ$20,000. The impact of this increase in stamp duty has not yet been fully been assessed, but the industry continues to lobby with the Government to improve the regulatory environment for the real estate industry.

The Real Estate association continues to work with government on policy issues, in particular, the current policy of assessing transfers of property for additional stamp duty. Of particular importance is implementing an objective criterion at the lands department for assessing the value of land that will make the transfer of titles a more timely and efficient process. Currently, the lands department assesses the sale of property to ensure that the buyer is stating a fair market value for the property. An objective process is vital to justify an increase in the market value, and a fair appeals process, when additional stamp duty is required.

Other policy issues include the sale of land between residents and non-residents. Since November, 2016, the lands department has been requiring Central Bank’s approval for the sale of property between residents and non-residents. The Exchange Control Regulations, Revised Edition 2003, stipulates that Central Bank’s permission must be obtained where a non-resident is involved in any transaction relating to the transfer by way of sale, exchange, gift or mortgage of any land, buildings or other hereditaments situated in Belize.

More collaboration is needed between the industry and Government to address bottlenecks in the system. Real Estate plays a pivotal role in the global economy which is impacted by global monetary conditions and investment activity. With Belize’s history, location, and all its natural assets and growing international fame, future growth is on the horizon. Working as a team with a truly collaborative approach can meet many needs and requirements for all sides, private and public sector, while fostering a healthy investment climate. 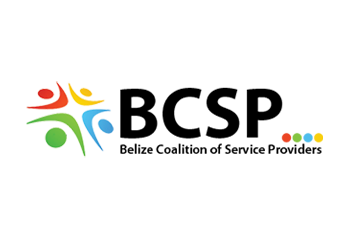